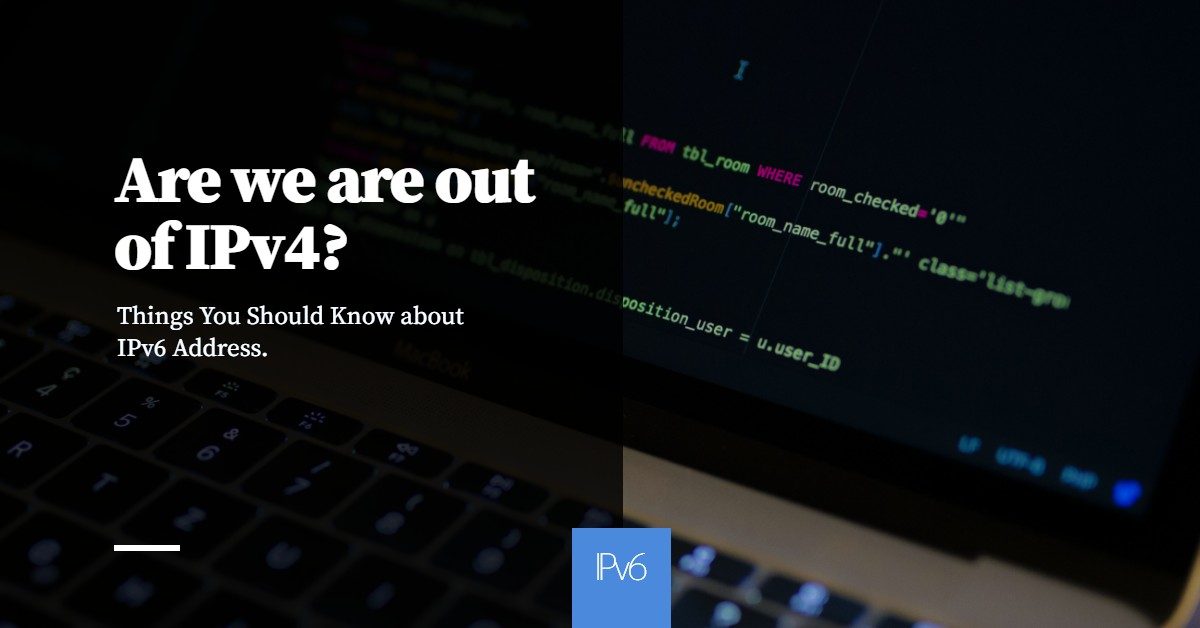 In the web world, the use of IPv6 addresses started in 1998 to meet the shortfall of available ipv4 addresses. Yet the adoption is on the slower side despite various advantages with IPv6. There are certain things that you should know about it for taking an informed decision about migrating to this Internet protocol.

What is the IPv6 Address? 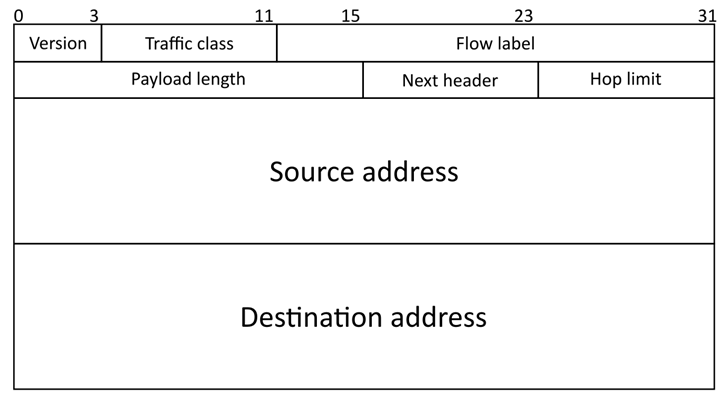 The IPv6 address stands as the abbreviation for Internet Protocol Version 6 Address. It is a numerical label. Task accomplished by the label is identifying the network interface of any computer. It can also identify a network node in any network. An IP address is included in the packet header indicating the source as well as the destination of the packets. A successor to the older version ipv4 protocol that identified IP address as 32-bit value the IPv6 large address space of 128-bits.

Migrating from ipv4 to IPv6 address

A concern for the designers, developers, and users of the Internet was the fast decline in the availability of IP address when only ipv4 was operative. The remedy was using IPv6 addresses thus reducing the pressure for space availability in ipv4 addresses.

Why IPv6 is Important

In essence; IPv6 is the latest version of Internet Protocol. It is also important because it helps in the identification of devices in any part of the world. Every device has its IP address similar to the postal address and PINCODE used to identify the device using the Internet. This does not mean that its predecessor the ipv4 was not effective. The 32-bit addressing protocol was designed to cover 4.3 billion devices. However, the massive growth of Internet-enabled device users, especially smartphone users made the coverage inadequate. This is exactly the point where the IPv6 address entered providing a solution for the problem. The new protocol was designed to cover 340 trillion devices.

The difference of IPv6 Address from ipv4 Address

The following are the differences between the two protocols.

There are several reasons for using IPv6 address in preference to the traditional ipv4 address. 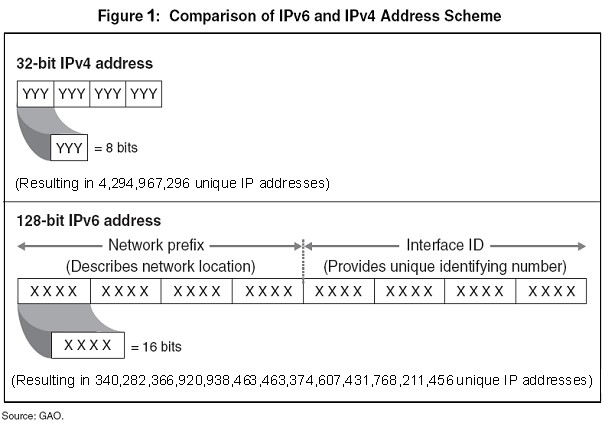 NAT Accounts for the Delay in Adoption of IPv6 Address

Who uses IPv6 Address Most? 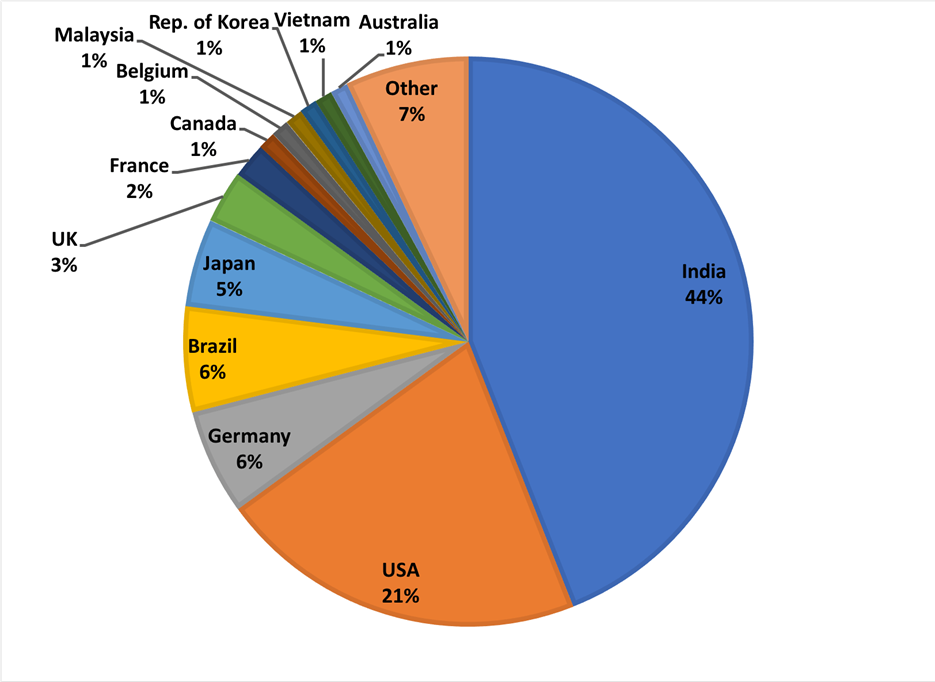 One of the questions likely to occur in the minds of the people looking to migrate to the new protocol is who the top user of IPv6 is. It all started with Carrier Networks and the ISP. Greater adoption came with mobile networks using the new protocol for their devices. Top mobile networks doing so include T-Mobile, Verizon Wireless, AT&T, and Comcast accounting for 90%, 82.5%, 65%, and 63% of the traffic movement using the ivp6 system respectively. The top users’ list also includes leading 1000 plus websites depending on IPv6 protocol.

Other users of IPv6 Address

Commercial enterprises have been slower in the adoption of IPv6 though the recent trend indicates a faster growth of such adoption. Around 30% of such enterprises are already using the IPv6 protocol. The number is rising consistently these days. A time is also coming when both individual users and corporate entities will go a big way for this version of Internet protocol. While the current adoption rate in respect of IPv6 addresses is around 35% of people in the USA it is likely to increase substantially within the next couple of years.

The commercial world is volatile when it comes to changing from one trend to another. The current trend is migrating from ipv4 to IPv6. Many business consultants are advising their clients to sell out their existing ipv4 address and use IPv6 for communication. Many enterprises have found it a profitable step and to get something more efficient in the bargain. Some of the companies including ISP are withdrawing their ipv4 protocol replacing them with IPv6 allowing the customers to use it free of cost.

Acute shortage of IP addresses was experienced by users and experts alike by the end of the year 2018. That ipv4 protocol has not completely out of circulation can be attributed to reuse and resell by some of the original holders. This worked as the catalyst for use of IPv6 addresses by people shelving ipv4 protocol. Networking companies have not spelled out the exact date of moving over to the new protocol and thus there is no immediate danger of losing Internet connection due to the use of ipv4. Also, for addressing the issues leading to such eventualities most networking and manufacturing companies have started upgrading their system and software so that the transit from ipv4 to IPv6 becomes a breeze.

When the IPv6 address appeared on the scene as an improvement on ipv4 many people asked why there was no ipv5? The answer is that ipv5 did hit the market but it was designed to support connection-oriented communication including voice and video. It was not a great improvement as the system was just like the ipv4. On the other hand, IPv6 is an improvement over the existing ip4 protocol intended to solve the availability of IP addresses for all.

Would you like to know more about our managed services offer? Managed Dedicated Server Hosting services?

It’s always a great feeling when your website finally begins to take off and generate traffic. However, you need to make sure your hosting plan

In the age of Digital Darwinism, it is all about being tech-savvy and being on top of your game. Business word-wide chose to opt for

As the world fights the wrath of the COVID-19, we realize how a meager virus can destroy generations in an instant. Similar is the case

Cloud Hosting – The Giant Leap into the Future of Technology

Uptime is Priority for Every Business

In today’s ultra-competitive world of websites, where you are desperately struggling to get any advantage, even a small one, over competitors in your market space,

In the web world, the use of IPv6 addresses started in 1998 to meet the shortfall of available ipv4 addresses. Yet the adoption is on