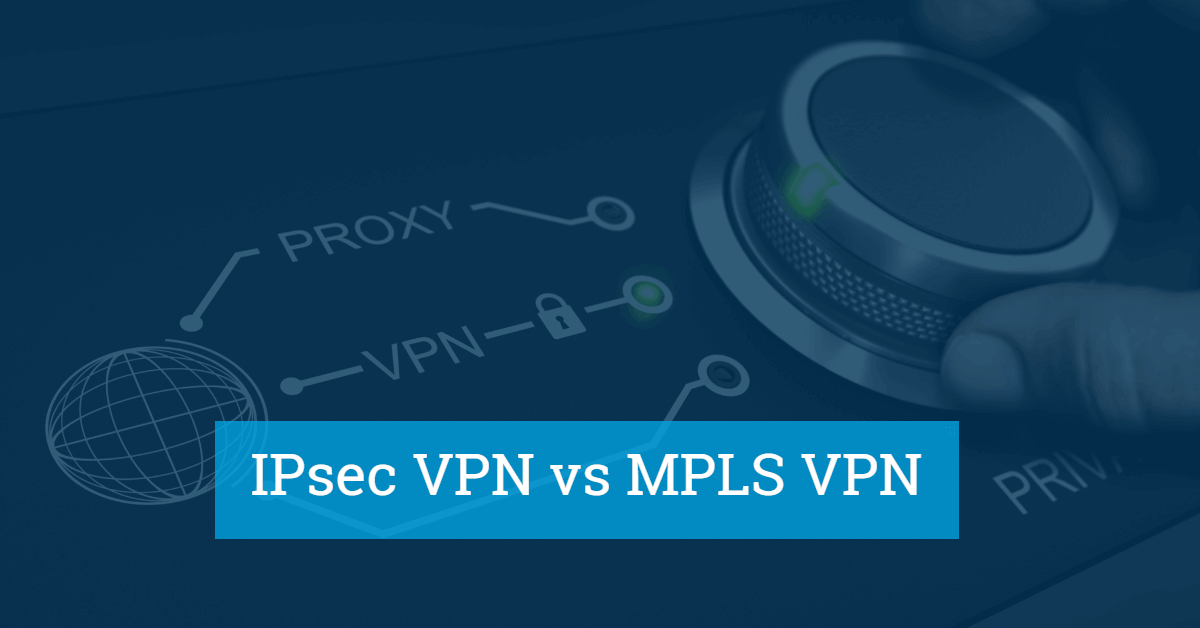 IPsec VPN vs MPLS VPN, what are their advantages?

Before answering the question, which VPN to choose for your business, it is worth discussing 2 leading VPN solutions on the market.

Any company with more than one site, or employees working on the move, raises the question of VPN. Its implementation makes it possible to establish “tunnels” guaranteeing secure exchanges within a private network, and secure connections to your applications (telephony over IP, etc.). But which type to choose: IPSec VPN or MPLS VPN? Here are some answers:

The interconnection between the sites is accomplished by using the internet access of each of them. The data will then pass through the public network. These must therefore be encrypted to ensure their protection during transport. For this reason, and to guarantee the security of the network, each site must be equipped with a firewall which will set up a secure tunnel between them.

With MPLS VPN, the interconnection does not use the internet. It will be possible to prioritize certain flows over others in a guaranteed and bidirectional way, to supervise them… Internet output, for its part, is shared for all sites and managed at the heart of the network.
IPsec VPN and MPLS VPN: what are the difference between them?
To find out which VPN to choose for your business, we will identify their differences.

In the case of an IPsec VPN, the interconnection between the sites is done through a firewall, each of them must be specifically configured. For MPLS VPN, the internet being hosted at the heart of the network, so is the firewall. Thus, security is managed centrally for all the sites in one place.

The VPN secures the data exchanged by encrypting them. IPsec VPN consumes 15% of the link’s bandwidth for encryption (encapsulation), unlike MPLS VPN whose flows can be modulated thanks to QoS.

QoS (Quality of Service) makes it possible to optimize data flows according to their nature. For example, telephony and business tools can be prioritized over messaging; possibility offered by MPLS VPN and not IPsec VPN.

MPLS VPN and IPsec VPN both provide access to the company’s network while on the move (teleworking, traveling, etc.). In the case of MPLS VPN, the installation of IPsec tunnels makes it possible to set up a Hybrid VPN (the connectivity of the nomadic user then relies on Internet access).

Both allow to visualize the bandwidth consumption. MPLS VPN goes further by providing access to usage information on access links (view of flows between sites, type of traffic on links etc.)

The company’s web applications are associated with a public IP address (email server, web sites.); in the case of IPsec VPN, 1 address = 1 link, which means that a problem at the link level causes problems at the level of the applications hosted on the site concerned. MPLS VPN allows you to switch the IP address to a different link for operational continuity.

Which VPN to choose for your business?

When the various sites of a company already have internet access, IPsec VPN appears to be the simplest solution. It is thus possible to have an operator A on site A and an operator B on site B. Except that behind the apparent simplicity are hidden elements to be considered.

A firewall for each site?

First, security: each site will have to be equipped with a firewall to protect exchanges. Then, the transit time: you cannot anticipate the number of public networks that your data will pass through, and therefore the time required for their delivery. MPLS VPN guarantees this point by providing interconnection outside the Internet through a single operator. Also, which says end-to-end control says advanced supervision: security policy, implementation of a QoS, a single interlocutor with whom to deal … These reasons mean that, even if the IPsec VPN can prove to be a very good option in some situations, MPLS VPN can provide more advanced features.

On the other hand, the two are not necessarily opposed, and even prove to be complementary in many situations. Take a company with 6 sites, one of which is abroad. In this specific case, the 5 national sites can be interconnected by an MPLS VPN while the 6th will be integrated into the network by an IPsec VPN. For this reason, Hybrid VPN can be the way to make IPsec and MPLS work together.

Would you like to know more about our managed services offer? Managed Dedicated Server Hosting services?

It’s always a great feeling when your website finally begins to take off and generate traffic. However, you need to make sure your hosting plan

In the age of Digital Darwinism, it is all about being tech-savvy and being on top of your game. Business word-wide chose to opt for

As the world fights the wrath of the COVID-19, we realize how a meager virus can destroy generations in an instant. Similar is the case

Cloud Hosting – The Giant Leap into the Future of Technology

Uptime is Priority for Every Business

In today’s ultra-competitive world of websites, where you are desperately struggling to get any advantage, even a small one, over competitors in your market space,

In the web world, the use of IPv6 addresses started in 1998 to meet the shortfall of available ipv4 addresses. Yet the adoption is on